"If I say 'ADDICTION', what is the first thing that pops into your head?"

That is the question that I posed in a couple of places recently on Facebook. In my own head, I was pretty certain what the answers would be - something related to drugs, alcohol, smoking - and sure enough, those were mentioned.

I was surprised, though, how long it took someone to come up with "food", "sugar", and the like.

To me, those are every bit as bad an addiction as drugs, alcohol, or smoking. I know that the results are different, that the threat to personal life is different, but addiction is addiction.

I don't know that I could say that I'm addicted to food. I mean, I eat food and I have this insane need to eat on a couple or few times a day so that I don't keel over in a massive heap somewhere and give some poor guy a coronary as he tries to help me up. I don't need that kind of guilt. But yeah, I eat. I just don't think I'm addicted to food. I just like it. A lot.

Sugar, on the other hand, is a different story. If you had told me 6 months ago that I was addicted to sugar, I would have laughed in your face. And then chugged a Pepsi. Because sugar. 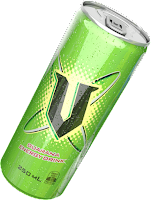 In July 2013, my son asked me to quit drinking energy drinks. Y'know.... V, Red Bull, Monster, Lift Plus. He was 9 at the time and had noticed that I was going through, easily, 3 to 6 cans (big cans!) of energy drink a day. He'd watched something on TV about them and realised that they're not good for you.

Now, I didn't honestly think it was an issue. I would have told you that the reason I could go through so many of them a day was because A) I was fat so they didn't affect me the same way, B) they didn't affect me at all, I just liked the taste, C) I don't care what they were doing to me because yum, or D) a combination of those.

But what do you do when your 9 year old is standing there looking at you with a deadly serious expression on your face like, " you need to do what I'm asking or this is going to be worse than when I found out that Santa is just you being a martyr"?!

I'll tell you what you do. You QUIT THE DAMN DRINKS!!

I had the most excruciating headache for 2 weeks but suddenly I was sleeping better, had MORE energy, was in a better mood, and lost almost 4 kgs!

So then he says (the kid's going to be a wheelin' dealin' S.O.B when he's older)...."I think you should give up the fizzy drink too mum".

Nope. That'll have to wait.

And so I waited. Until April or May of this year. I gave it up cold turkey. Another horrible headache, another couple of kilos lost. I did really well for about 3 months and then I got this AMAZING thought...

"I bet I'm at the point now where I could just have a Pepsi when we go to a movie."

And then... "I bet I'm at the point now where I could just have a glass in the evening." 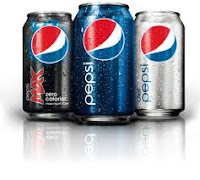 Here's the thing about addictions though.....you can't do that! Now, ok, me saying "oh I'll just have one" is a lot different than an alcoholic saying that but besides the potential for life ruination and potential destruction, it's about the same.....it sends you down that slippery slope again where you find it hard to quit.

Hi. My name is Meg and I'm addicted to sugar.

So when I re-started this whole journey I realised I couldn't keep drinking the fizz. I quit cold turkey again.

It took about 3 days to rid myself of the headache this time because I just started pounding back the water.

I feel great! More energy, sleeping better, better hair and skin. I've been drinking plain water or, if I get a bit of a sweet craving, some water flavoured with ACTUAL fruit.

Can I ask something of all of you? Just picture me down on my knees, begging, big  eyes....

If you drink energy drinks or fizzy soda/pop drinks, can you quit them please? They're sooooo bad for you! Especially the Diet ones filled with Aspartame. Drink water. Drink fruit flavoured water (with real fruit not flavouring). You'll be glad you did!

You got the skinny from Unknown